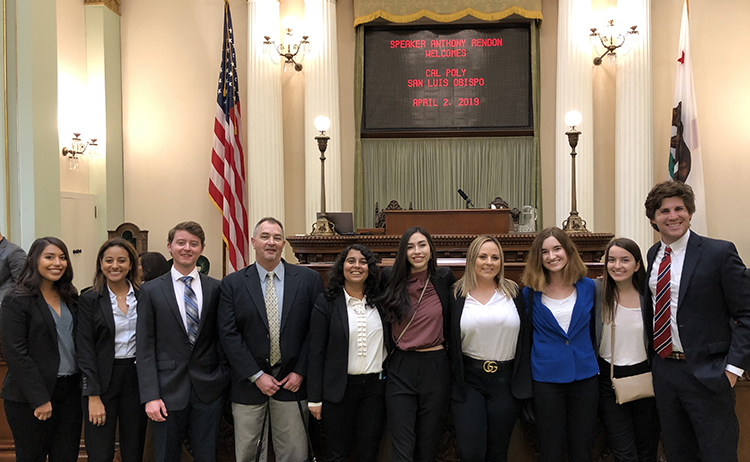 By May 1 of every year, high school seniors around the state of California have decided which institution of higher education they want to attend. It is a time full of potentially conflicting emotions: excitement about next steps, anxiety whether or not the school chosen is the right one—and, for many, worry about how much it will cost to attend school and how to secure enough support to attend. 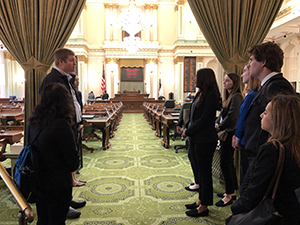 CSU campuses provide information, including cost of living expenses, intended to help students and their supporters estimate how much it will cost to attend. But the information reflects campuses’ estimates of what the costs will be for a “typical” student, and many students’ actual costs are lower or higher than the estimated cost, which can lead to problems such as students finding themselves unable to pay for school, books, food, or even housing during the middle of a school year. Similarly, under- or over-estimates of costs can lead to students taking out too little or too much in student loans.

Professor Den Hartog’s POLS 440 class, along with the help of former California Assemblyman Katcho Achadjian, worked on addressing this problem over the course of the academic year. In the process, the students experienced the process of writing and trying to pass a bill—they researched the problem, wrote a bill to address it, worked with local state Sen. Bill Monning and Assemblyman Jordan Cunningham (who respectively authored and co-authored the bill), and traveled to Sacramento twice to lobby in favor of the bill, meet with other stakeholders, and testify in favor of the bill at hearings of the Senate Education Committee and the Assembly Higher Education Committee. 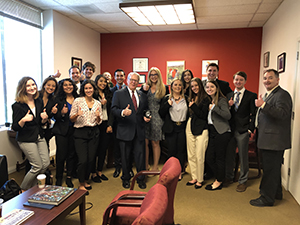 Students in Sacramento
while advocating for their bill.

The opportunity provided by this class is something that most students, even most people, never experience. As student Jake Watkins said, “I had the privilege to testify in the Senate, alongside my classmate Paige Logan and Senator Monning. It was incredible to share with the committee how our bill would impact Californians for the better, and to then see the bill be voted through unanimously.” The bill, SB 467, has been passed by the Senate and passed the Assembly Appropriations Committee. If all goes well, the committee will send it forward to entire Assembly and it will then move on to be signed into law by Gov. Gavin Newsom.