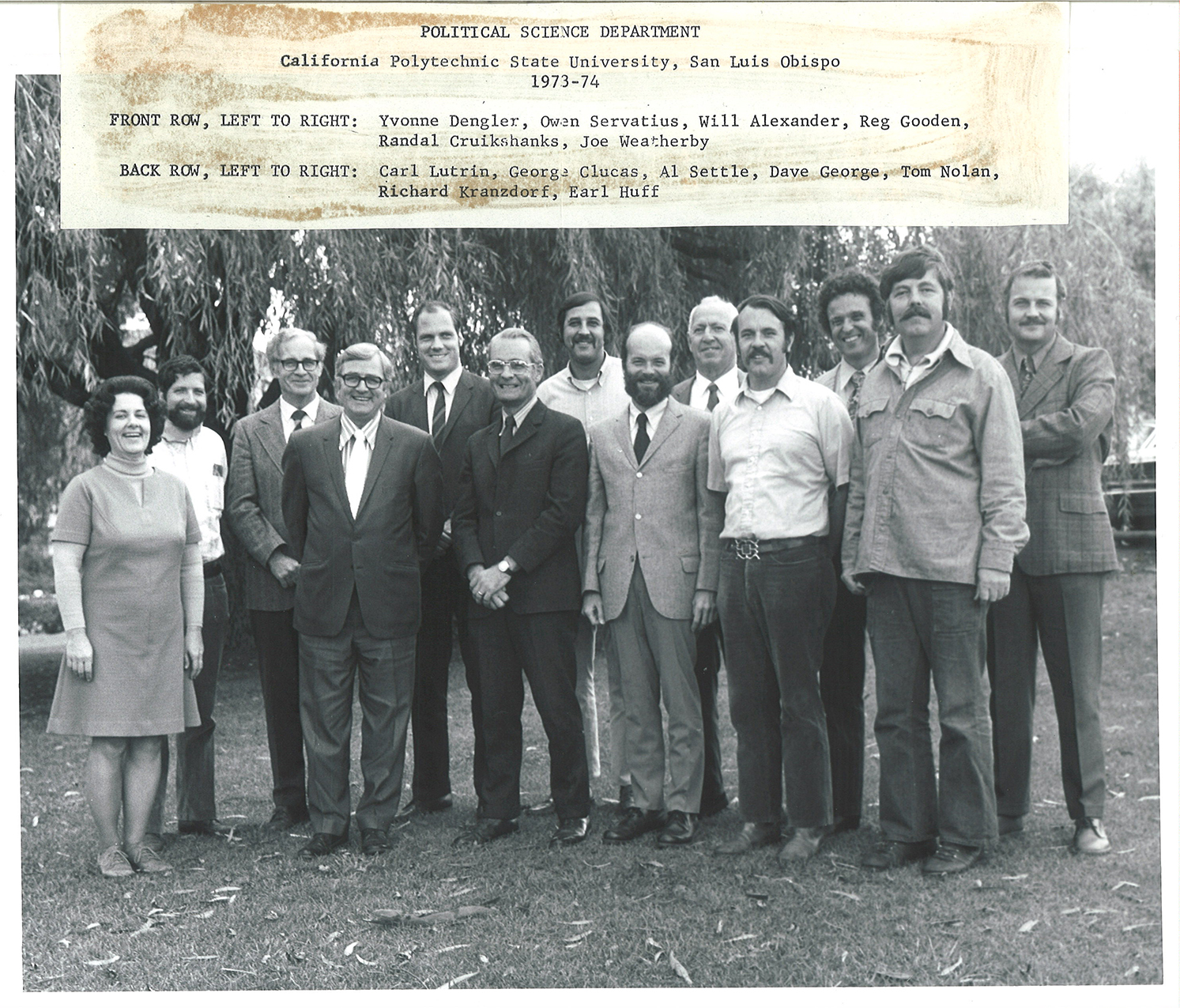 Over the course of the last academic year, the Political Science Department and the Cal Poly community lost three of its esteemed former faculty: David L. George, Richard Kranzdorf and Carl Lutrin. Professors George, Kranzdorf and Lutrin had lengthy careers at Cal Poly, influencing generations of students and challenging them to think deeply about the world, politics and their places in it. Our department, university and communities were better places because of their work and their lives.