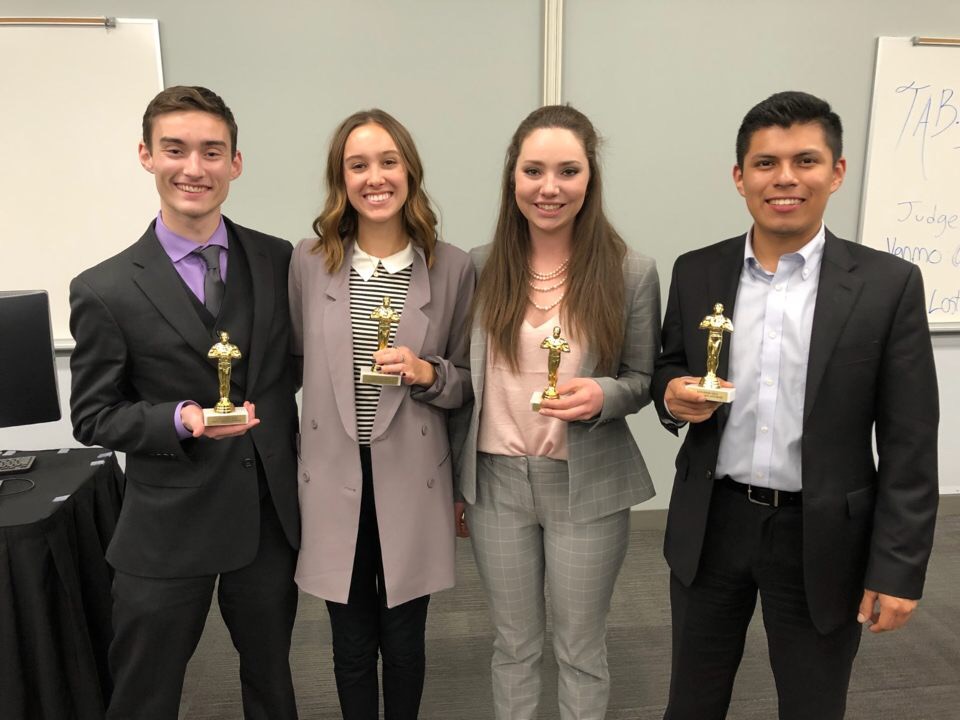 Cal Poly Mock Trial students with their awards at a competition at UCI.

Cal Poly’s Mock Trial program embodies the university’s Learn by Doing mantra in the political science setting. Each year, students of all majors and years are encouraged to join the program. Current continuing members put up flyers and hold informational meetings that ultimately lead to auditions. Out of that, typically four amazing and determined teams are formed for both fall and winter competition seasons. Competition revolves around the national case, which is provided toward the end of summer. Students are able to practice both criminal and civil cases in a mock-court setting. Participants become mock lawyers, mock witnesses and sometimes both. They get to begin to master the art of direct and cross examining. Students also improve their public speaking skills by presenting those pieces in a full room, potentially along with longer statement pieces. In addition to this, participants are exposed to strategy by creating case theory, while working inside Rules of Evidence that are based on what is actually used in the profession. Our Mock Trial team is able to gain semi-real world experience through this encouraging community. Not only do students get further insight on a potential career, but they also build a solid support network that becomes an essential tool during their time at Cal Poly and beyond. The holistic experience provided through this program is unmatched, with students making progress academically, professionally and personally. 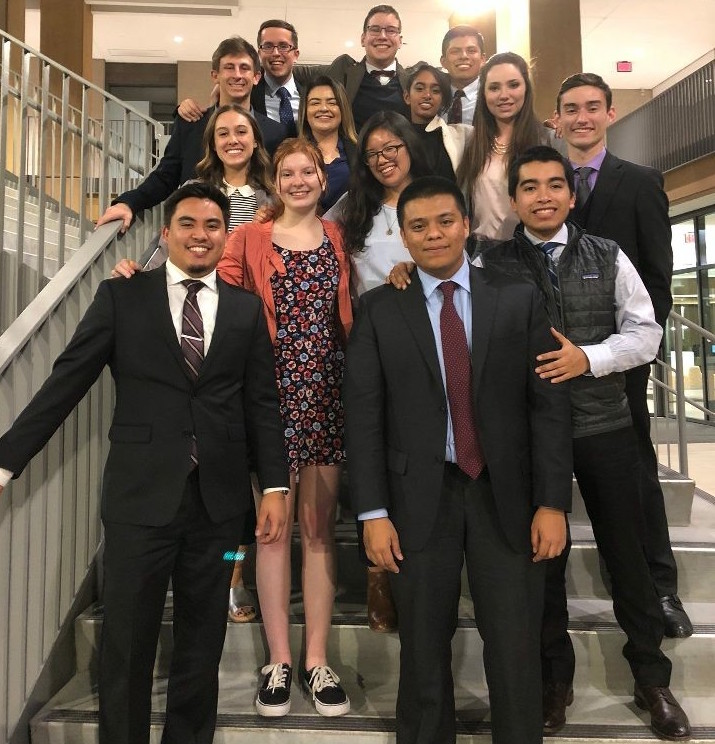 Last year, the case was about an attempted murder caused by a love triangle. Students were able to handle a plethora of circumstantial evidence, like telecommunications data, text messages and notes, in order to build a solid case. Participants were also able to deal with life themes like revenge, coincidence and jealousy in the legal realm. The program competed against schools like UC Berkeley, Stanford, UCI and Claremont, among others. Several of our witnesses and attorneys brought in awards in competition, including our coach, Justin Cooley, at UC Irvine’s invitational. Two years ago, the Cal Poly Mock Trial team went to Nationals for the first time ever. Being such a young program, this was extremely impressive and put us on the Mock Trial map. Going forward, the team is looking to keep up that momentum and return to the national stage. We will one day be a part of the 48 teams that make it to Nationals again.