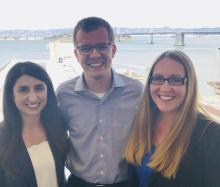 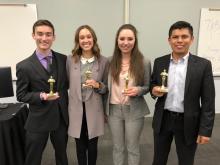 Congratulations to Cal Poly’s Mock Trial A and B Teams for their awesome performance at UCI this past weekend. Jesse Quiroz and Elizabeth Paxson brought home attorney awards and Lauren Turner and Garrett Rutherford earned witness awards!

The faculty and staff of the Political Science Department congratulate the Fall 2017 Graduates! We are immensely proud of your work and accomplishments! Please keep in touch and let us know where your next step takes you. 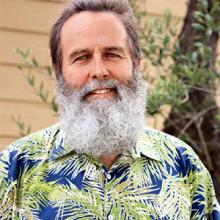 A Partner in Learn by Doing

Continue reading A Partner in Learn by Doing... 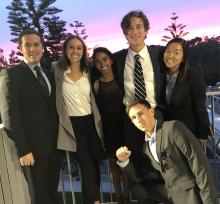 Cal Poly Mock Trial enjoyed another successful weekend competing at an invitational tournament. At UC Irvine’s Anteater Invitational, three Cal Poly teams earned invitations and competed against some of the best teams in California and Arizona.

Next week, the Mustang Mockers will be in action again at UCSD’s Wlodarczyk Invitational Tournament. 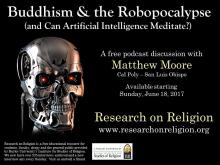 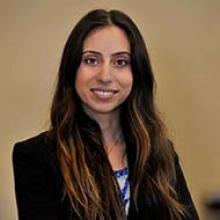 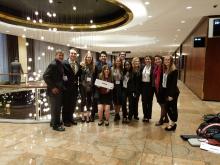 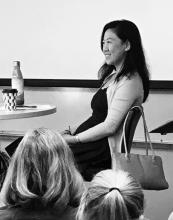