Twenty young San Luis Obispo County residents have been selected from a field of nearly 100 nominees as winners of The Tribune’s 14th annual Top 20 Under 40 Award. Among the winners is Danielle Borelli, a graduate of Cal Poly's MPP program. Danielle is the Business Services Coordinator at the California Cybersecurity Institute (CCI) facility at Camp San Luis Obispo. The CCI provides training courses in cyber security for law enforcement, first-responders, military officers and decision makers.

Continue reading MPP graduate named one of the Tribune's Top 20 under 40 award winners...

Elizabeth Esparza, Elissa Feld and Eamon Nalband had their research projects on technology-based solutions to food redistribution, implementation and policy learning, and energy use and community values accepted to present at the 2019 Western Political Science Association’s Annual Conference in San Diego, CA, in April.

Brett Raffish and Jasmin Fashami, both Political Science majors, were interviewed by KSBY regarding new student voter registrations and how it is important for students to have a "strong voice in their local community." To watch the interview and read the article, please visit KSBY. 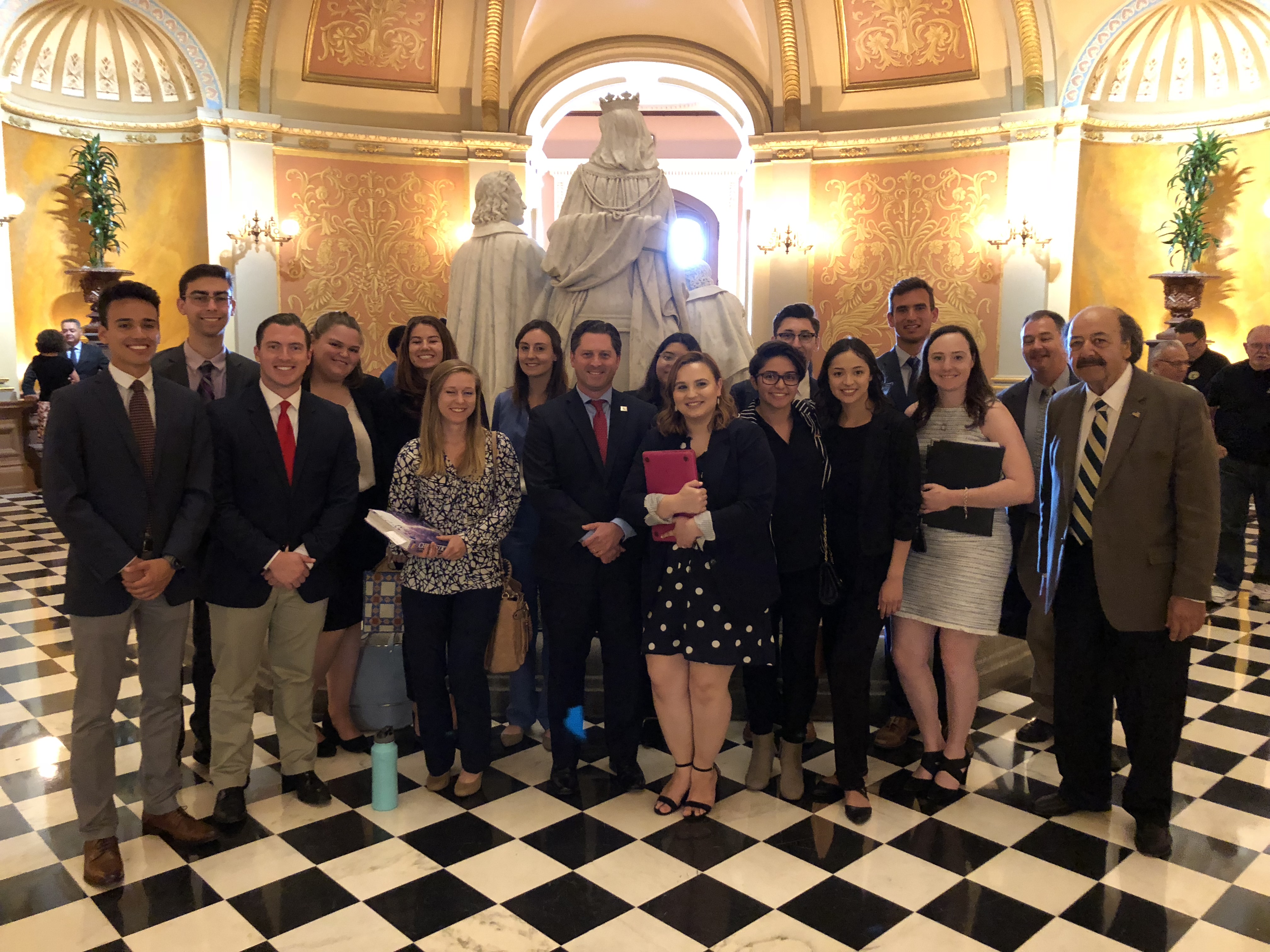 Professor Chris Den Hartog's Bill Project class was featured in Inside Higher Ed! Check out the article here. You can also check out The Tribune article here.

To read an article written by students in the Bill Project class, please check out the article in our 2018 Alumni Connections newsletter. 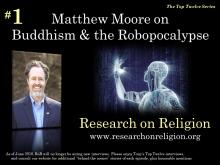 Matt Moore receives the #1 favorite podcast from Research on Religion for his talk on Buddhism, Meditating Machines, and the Robopocalypse! The host of the podcast, Anthony Gill, stated that "after hanging up the phone, I remember sitting back in my chair and going “Whoa!”

Also, be sure to check out Matt's podcast Was the Buddha a Libertarian?.

Cal Poly has been named the best public, master’s-level university in the West by U.S. News & World Report’s annual America’s Best Colleges guidebook for the 26th straight year. The 2019 guidebook lists Cal Poly in 12th place overall in the West for all regional universities. The Western regional list includes public and private institutions in 15 states that provide “a full range of undergraduate and master’s-level programs but few doctoral programs.” (Universities that grant doctoral degrees, such as those in the University of California system, are listed in a separate category.)

The U.S. News ranking comes on the heels of Forbes naming Cal Poly the No. 1 public masters-level university in the west. “Each of these rankings on its own is an honor; taken together, they paint a clear picture of how Cal Poly is succeeding in its mission to prepare students to be innovative leaders in their careers and solve real-world problems in a global marketplace,” President Armstrong said. “Our faculty and staff work diligently every day with our amazing students to create our renowned Learn by Doing environment. Their efforts are paying off.” The U.S. News rankings methodology focuses on academic excellence, with schools evaluated on hundreds of data points and measures of academic quality, such as graduation and freshman retention rates. Forbes’ methodology favors variables such as alumni salary, student debt, and retention and graduation rates instead of more common metrics such as acceptance rates, endowment amounts and freshmen SAT scores. Read more here and here.

California Gov. Jerry Brown signed Assembly Bill 2385 into law which calls on college textbook publishers to inform students about the differences in textbook editions. The Cal Poly Bill Project class gave students​​ ​the​ ​opportunity​ ​to draft​ ​a​ ​bill​ and work with state legislators to potentially​ ​pass​ ​the​ bill through the ​California​ ​state​ ​legislature.​ ​Students from the CA Bill Project class worked with Assemblyman Jordan Cunningham, former Assemblyman Katcho Achadjian and faculty advisor Dr. Chris Den Hartog to research and draft the bill throughout the 17-18 academic school year. Earlier this year, students traveled to Sacramento to advocate their support for the bill. For more information, please visit KSBY and The Tribune.

Three Political Science students, Mira Seyal, Connor Hennessey-Niland, and Ashley Therien presented their research at the 43rd Annual Social Science Student Symposium at Cal State Long Beach over the weekend. The CSU SSRIC Social Science Student Symposium (S4) is modeled on professional conferences in the social sciences where students, from all CSU campuses and California community colleges, in all areas of the social sciences, are able to present their research to their peers. 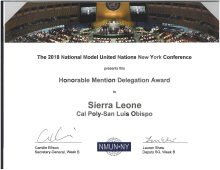 The Cal Poly Model United Nations team traveled to New York City over Spring break to participate in the National Model United Nations conference. Students represented Sierra Leone and worked on issues such as the impact of pollution on marine life, the eradication of nuclear weapons, and protecting against cyber warfare. The students enjoyed exploring some of New York’s most popular tourist destinations, such as Central Park, Brooklyn, and Greenwich Village. They also enjoyed a traditional African meal in Harlem. On the last day of the conference the students were able to attend a committee session at the United Nations headquarters, as well as hearing the Singaporean ambassador to the UN speak at closing ceremonies. This year’s delegation won the first award in Cal Poly Model UN history, honorable mention delegation.

The Cal Poly Model United Nations team spent a weekend in Hollywood participating in UCLA’s 13th annual Model UN conference. Students represented a variety of countries on a multitude of topics. These included Saudi Arabia on the topic of protecting Rohingya Muslims in Myanmar, a state councilor of China on the topic of the One Belt, One Road Initiative, and South Africa on the topic of artificial intelligence and humanitarian aid. The students enjoyed exploring Universal City Walk as well as local Hollywood sites. Students were privileged to hear Karen Richardson, who previously served as a state policy advisor for former President Obama, and currently works in the leadership of the Time’s Up movement, speak at LAMUN’s opening ceremonies. 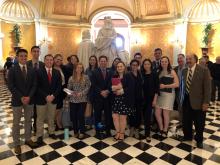 Students from the California Bill Project testified before the Committee on Higher Education in the California State Assembly in support of their bill (AB 2385) on Tuesday, 24 April 2018. You can listen or watch the hearing or read the information sheet for AB 2385. Students traveled to Sacramento to advocate their support for the bill they researched and drafted on textbook transparency. Lindsey Wallace, Ivana Medina, and Chase Dean testified during the hearing.